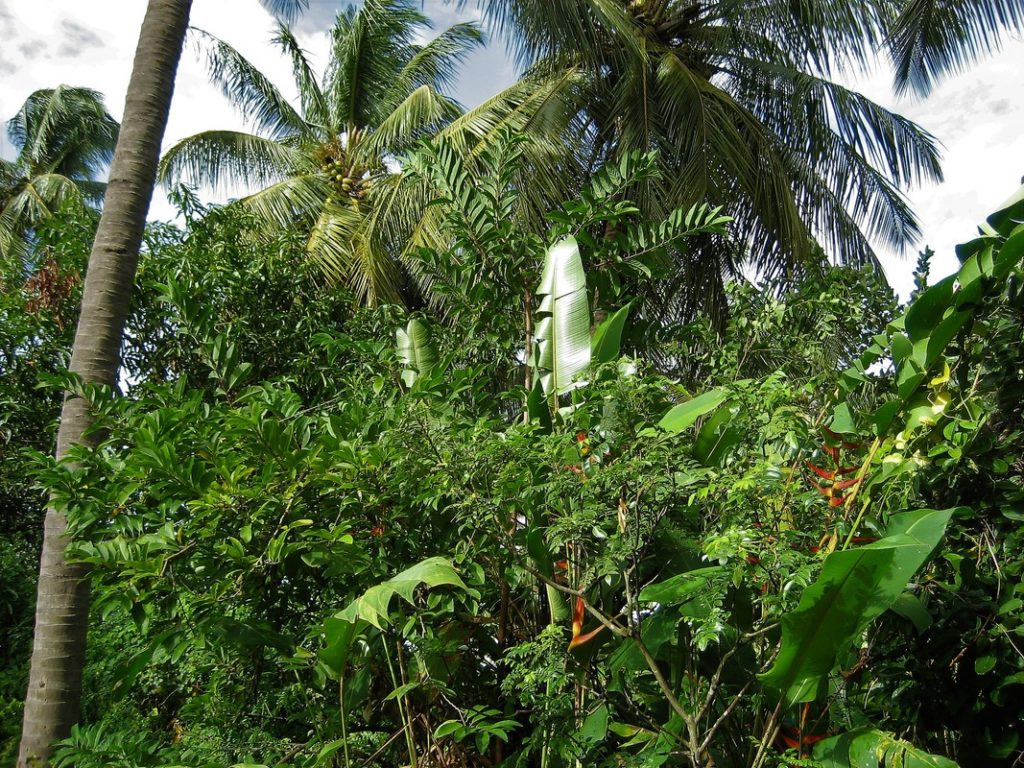 Kiaruwa (meaning “life force”) is a working example of a viable resilient biodiverse Regenerative Agroforestry Farm which regenerates soils and educates visitors, while making a unique contribution to the local community.

To be an ecological sanctuary unique for the climate, biodiversity, and people of Palawan.

In 2007, National Geographic Traveler magazine rated Palawan the best island destination in East and Southeast Asia region, having “incredibly beautiful natural seascapes and landscapes. One of the most biodiverse (terrestrial and marine) islands in the Philippines. The island has had a Biosphere Reserve status since early 1990s, showing local interest for conservation and sustainable development”. As of 2016, the main island of Palawan is rated the “Most Beautiful Island in the World”

The 3Ha site where Kiaruwa is based has historically been used for rice production. In the Palawan region, traditional methods of small scale, community minded rice growing has been heavily impacted by industrial growing techniques over the past 20-30 years. Incentives from the Philippines Government to promote the use of chemical fertilizer and weed suppression as well as the use of modified rice cultivars suited to such growing techniques resulted in wide scale conversion of farming land to this industrial method.

Electricity is supplied by a connection to the main town power supply. Brown outs frequently occur, up to 4-5 times a week. There is currently no redundancy on site for loss of electricity supply.

Several options, the general pattern can be adapted to needs of density, focus of main crop, management (mainly pruning in this case) time

Stratification: How plants behave in their environment. Considering the quantity and quality of light that the plants need to be healthy.

Natural succession: How plants behave across time. How long it takes them to reach their full life cycle or how long it takes until they reach maturity in their stratum.

Species Consortiums: How to combine plants in an Dynamic Agroforestry System: explanation and exemplification on how to design and plant the species combinations. A dynamic agroforestry system permits a high diversity and high density of crops with different life cycles and different light requirements to grow together without much competition but in mutual cooperation. All species have a role and a function.

Be the change you wish to see in this world!

Any cookies that may not be particularly necessary for the website to function and is used specifically to collect user personal data via analytics, ads, other embedded contents are termed as non-necessary cookies. It is mandatory to procure user consent prior to running these cookies on your website.